So much of what we know about mental health is fed to us. How many of us have truly questioned what it means to be mentally ill or deeply struggling with our mental health? How damaging can the stigma surrounding mental health truly be? How deep does it go and how are we all victims of something we cannot see?

In order to assess the extent of stigma present in the Sri Lankan population today, Kalyana conducted our own research using a sample size of 444 individuals across the major cities.  Individuals were asked to rate the extent to which they agreed or disagreed with some common misconceptions.  While perhaps not surprising, an alarming finding nonetheless is that just under a third of survey respondents agreed with the statement that those experiencing struggles with their mental health for a prolonged period are weak. Below are some key highlights from our research.

Another disturbing finding from our research is that approximately a quarter of survey respondents agreed or strongly agreed with the statement ‘attempting suicide is an act of cowardice and is selfish’. Committing suicide is not a sign of selfishness or weakness, but rather an indication of unbearable pain. People who attempt suicide see no other way out, and cannot bear to suffer anymore. For those of us who are lucky enough to not be able to relate to this isolating and terrifying feeling, it can be difficult to understand that some people can believe that they are a burden on others. These people need personal and professional support, not judgement. Labelling and stigmatising people’s experiences and behaviours can make it even more difficult than it already is for those suffering in silence to reach out for help. We as a society need to do the work to raise awareness of this and to build better understanding within our communities.

Our results also showed that stigma surrounding medication still exists. 21% of the people we surveyed agreed that there is a correlation between medication and addiction, and an additional 30% of them neither agree nor disagree.

Our findings highlight that common misconceptions around mental health largely come from the people we trust and keep close to us and are a strong indicator of how misinformation can be passed down generationally, as well as between members of social groups. The survey findings indicate a startling lack of awareness and empathy present in the population with regards to the experiences of people who are struggling with their mental health and highlight the importance of educating the public in order to stop the spread of false information. Most of what we knew about mental health and mental illness is what was shown to us. It is vital that the topic of mental health is explored early on in schools, in places of work and other community settings, in order to shed light on mental health struggles, misconceptions, and strategies to address them.

According to a 2012 study, in Sri Lanka, negative attitudes towards those struggling with mental illness were not limited to the sufferer but rather extended to their families as well. This results in mentally ill people being hidden by their families in order to avoid bringing them shame, thus depriving them of any social interaction or access to facilities that may improve their mental wellbeing. Participants in the study reported that they had witnessed people with mental illnesses being ostracised, treated badly, and called degrading names. The study claims this behaviour stemmed from the belief that mentally ill people are dangerous, and from religious and cultural beliefs that they were either possessed or being punished for past bad behaviour.  This obvious lack of understanding on the subject of mental health and the causes of mental illness is further perpetuated by authority figures in the population who have been known to practice violence against those displaying symptoms of mental illness, and the media. The fact that mental illness is sensationalised, vilified and inaccurately portrayed in different forms of media does not help. The actual causes of mental illness include genetics, environmental factors, trauma events, substance abuse, unhealthy habits, and changes to brain chemistry. It is vital that we continue to encourage education about and awareness of the actual causes of mental illness – the removal of the blame on the individual is one more step towards the eradication of stigma and towards the provision of empathetic and meaningful mental health care to those who need it.

As part of our research, we probed further on the social aspects of mental illness, in order to understand the extent to which those struggling with a mental illness are outcast, belittled or misunderstood. Below are some of the key findings from our survey:

11% of survey respondents said they would not socialise with someone with a mental illness, or an additional 24% stated it would depend on the nature of their illness. Of this, 41% cited fear for their safety as the reason; once again indicating the false belief that mentally ill people are dangerous. They also believed that their own mental health would be affected by someone mentally ill. When probed if they would hire someone with a mental illness, 14% would not, and an additional 58% said it would depend on the nature of the illness; of this. The majority (58%) held the belief that a mentally ill person would not be able to get their work done or lack the skills needed to do so. They believed their mental illness would affect the morale of those who worked with them and create a sense of insecurity in the work environment.

These findings reiterate the importance of creating awareness that people who struggle with their mental health are just as skilled and capable as those who don’t. Having a mental illness should not prevent someone from being a part of a workplace.

When asked if they would allow their children to socialise with someone with a mental illness, 13% said no and 35% stated it would depend on the nature of their illness. When asked why they would stop their own children from interacting with someone mentally ill, an overwhelming majority believed that their child could be in potential danger (74%) and/or it could affect the mental health of their own kin (64%). They also believed someone with poor mental health would not be a good friend to their child. Some believed it would be embarrassing for their child to be seen with someone mentally ill as well.  This widely held belief once again emphasises the prevalence of the damaging misconception that mentally unwell people are dangerous. However, the reality is that only a small proportion of societal violence can be attributed to people with mental illnesses, and in fact, people with mental illnesses are at far greater risk of being subjected to violence by members of their communities.

Those struggling with their mental health should not have this held against them in the workplace or in social circles. The majority of mentally ill people are capable of leading fruitful lives, maintaining good relationships, and being contributing members of society – they just may require a little extra care and support from professionals and from their communities.

Our findings reveal that while mental health awareness does exist, there is still an incredible amount of work to be done. So much stigma continues to exist surrounding mental wellbeing and those struggling with their mental health. It is important we call out misconceptions about mental illness and to reiterate that although it remains something invisible, mental health struggles are much more common than we think. We need to lean on our own, call out false statements surrounding mental health and do our own research. It is the stigma that surrounds it that stops those struggling from seeking help.

It is important we create spaces and opportunities for people to talk openly about their experiences and mental health, understanding that people are not simply their mental illnesses. Schools, families and workplaces must create inclusive spaces where we empower and uplift people by talking about their struggles and lean against one another. It is only when we normalize conversations around mental health can we head towards systematic reform and inspire change.

One way of doing this is through educational campaigns targeted at specific segments, such as school children, healthcare workers, the police, and policymakers. It should also be made mandatory for every workplace and educational institution to have a team of counsellors on-site to support those who are struggling with their mental health. A focus should be placed on improving social media literacy and internet etiquette so that less misinformation is circulated online, and a move towards the open discourse on the topic of mental health should be encouraged. Success stories of those who have struggled with their mental health and made a positive change in their lives can also be shared to provide the necessary support and inspiration for those who are struggling, and to remind them that they are not alone and there is a way forward.

Here at Kalyana, we believe that every single one of us can play a role in the fight against mental health stigma. Together, we can dispel the stigma surrounding mental illness and encourage those who are in need of help to reach out!

Start the Conversation! Stop the Stigma!

Kalyana is a passionate collective dedicated to supporting the transformation of the mental health landscape through education, advocacy, collaboration, and community building. Kalyana was initiated by a group of more than 40 professionals from diverse backgrounds, all with a passion and commitment to enhance mental well-being in Sri Lanka. 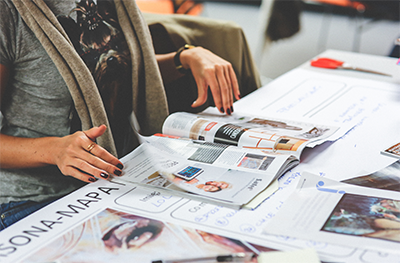 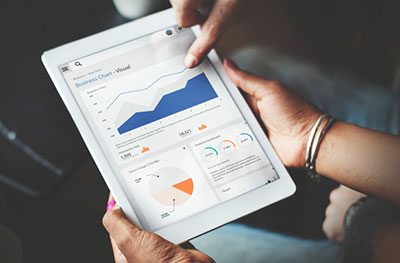